Taulia delivers working capital solutions that make it easy for businesses to free up cash, accelerate payments and improve supply chain health.
Since founding in 2009, we’ve envisioned a world where every business thrives by liberating cash. Today, our game-changing technology powers a network connecting 1.5 million businesses across 168 countries and has accelerated more than $80 billion in early payments.
Using our AI powered platform, businesses now have the option to choose when and how to pay and get paid. It sounds simple. But our painless process provides both buyers and suppliers the chance to rocket their cash - cash to fuel economic growth all over the world.
It’s win-win for everybody. 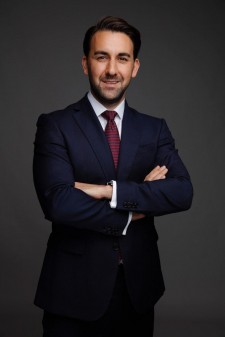 SAN FRANCISCO, November 20, 2018 (Newswire.com) - Taulia has announced that it is expanding its global presence with the appointment of Jamie Whiteway as its Head of APAC, starting on 1st January 2019. Whiteway will be responsible for leading a new team based in Sydney, Australia, as Taulia establishes its first physical office in the region.

The network of this market-leading supply chain and working capital solutions provider already serves a number of customers across APAC, including Telstra and Rio Tinto in Australia. In addition, many of Taulia’s global customers already work with Taulia to collaborate with their suppliers across the region, including the likes of Bacardi, Vodafone Group, AstraZeneca and many other Global 2000 companies.

Jamie is the ideal person to lead our new APAC team as we build upon our recent success in the region.

“We have taken the decision to begin our planned investment in Asia by establishing a physical footprint in Australia,” commented Whiteway. “This is the perfect time for us to be expanding in a new territory and region that is not only growing economically at such a rapid pace but also leading the world in adopting new game-changing fintech technology.”

Whiteway, who is Australian and began his career in the region, joined Taulia as European Sales Director in 2016. In this role, he has overseen excellent growth in the UK&I region for Taulia, including signing the largest deal in Taulia’s history in 2018, a £30 million contract with the UK Government to deliver Early Payment Solutions to Government suppliers. Prior to joining Taulia, Whiteway worked in the UK banking sector at HSBC and Barclays after moving to London in 2011. He is a Chartered Accountant and previously worked at McGrathNicol, KPMG, and Westpac in Australia.

“I’m looking forward to coming home and sharing what I’ve learnt in Europe over the past seven years,” said Whiteway, “I know there is a renewed push by Australian business leaders to provide capital-starved small businesses better access to finance from new sources, and through utilising cutting-edge technology, including Artificial Intelligence, Taulia is the best in the world at this.”

Taulia already has a global team of over 230 professionals solely dedicated to revolutionising financial supply chains, and Whiteway intends to grow from this base “I plan to expand the team quickly in 2019 and will look to bring with me both experienced people from Taulia, as well as recruiting local professionals who can bring new knowledge to Taulia, which I’m very excited about.”

Cedric Bru, Taulia’s CEO, said: “Jamie is the ideal person to lead our new APAC team as we build upon our recent success in the region. He brings a wealth of knowledge to the role, and has extensive experience in helping Taulia’s customers optimise their financial processes and working capital.”

Since its foundation in 2009, Taulia has envisioned a world where every business can thrive by liberating cash using our state of the art platform. Today our team of financial game changers have built a network connecting 1.6 million businesses across 168 countries and has accelerated more than $90 billion in early payments.

Taulia is headquartered in San Francisco with locations across the United States, the UK, and Europe.

Get notified about new releases.